Tallinn, Estonia For Just a Day 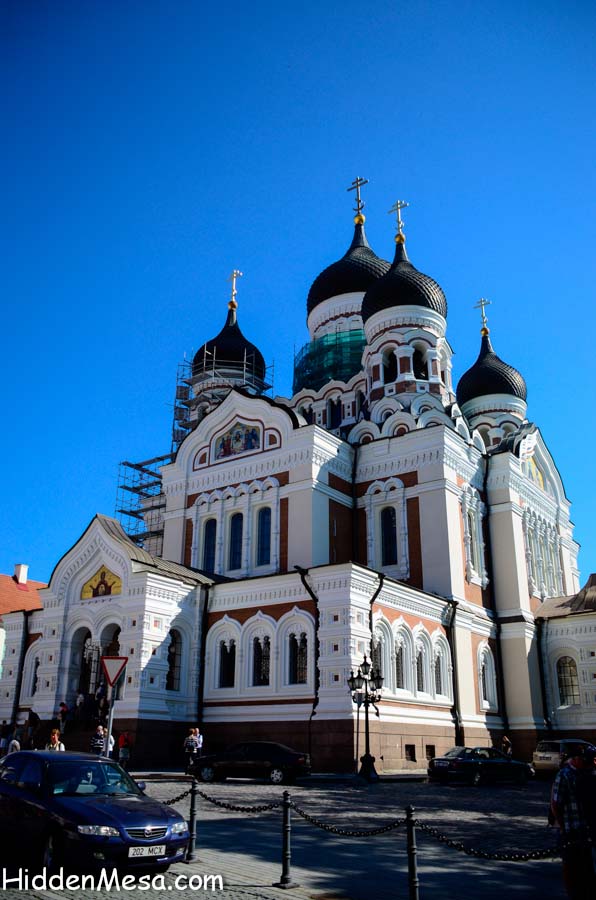 When cruising, there are places you visit that you’re glad you’re on a cruise and only have to spend one day seeing. It’s either because it simply doesn’t interest you or some other underlying reason. For us, we thought Estonia was going to be that kind of place. It was, in our view, something to do while we marked time waiting for the ship to get to a better port. As it turns out, Tallinn was one of the highlights of our cruise, so far. We thought Germany was the highlight, and to be truthful it was big on our list to come back and see more, but much to our surprise, Tallinn, Estonia was up there too. What we saw in our one day visiting the city left us craving more.

As you may know, Estonia was occupied and controlled by the Soviet Union until the USSR fell apart back in 1990-1991. Estonia declared its independence from the Soviets in 91 and started moving towards the west in terms of their economy and political alignment, today, they’re part of NATO and the European Union. They’re moving forward at full speed to develop their economy and secure their spot in the world. They’re most popular industry is in IT (Information Technology). They are the birthplace of Skype, the well known VOIP (Voice Over IP) company. In fact, Skype more or less made the concept of VOIP popular and mainstream.

The history of the people of Estonia is rich, and when we return from our cruise and finally have proper internet – where we can do a credible amount of research – we can see a full article describing this place and its people. For now, about all we can say is how impressed with the place we were and what a great time we had.

The thing that impresses us most is that, while there were kings and noblemen, and there was conflict with other countries dating back to medieval times and before, and while there was plenty of time when Estonia was occupied and under the thumbs of some other power, there was always and seems to be today a vibrant people at the root of the country. You could see it in their manners, their behavior, their businesses, and even in their spirit as you walked around town. We stopped in at a small coffee shop in the heart of Old Town for some coffee and a pastry and, while the coffee was quite good, we had possibly the best pastries we’ve had in a very long time. And that’s saying something. We live in the Orland Florida area where there are literally hundreds of great restaurants. These pastries put them all to shame!

Enough of the gushing over Estonia. It should be easy to see that, while we weren’t expecting much from this little country we had barely heard of before leaving on this Baltic Sea cruise, we’ve found another place that would be easy to come back on our own and spend some time. At one point the guide was talking about the forests with all the wolves and bears, and if you know us at all, you know we were probably sold at that moment for coming back.