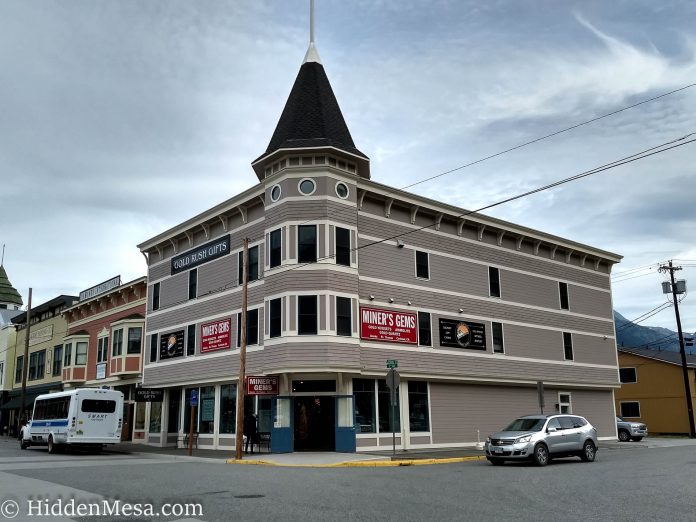 Skagway has little to nothing to do with motorcycles, other than a motorcycle rental shop in town, but the story seems to apply. The difference is that in Skagway, it applies to jewelry stores. It seems like about 70% of the businesses we saw in town were in fact some kind of jewelry store. Diamonds International—the chain that seems to haunt all cruise ship destinations—has no less than two stores in town.

So, a slightly modified phrase seems to apply to Skagway:

Of course, shopping for diamonds isn’t the only thing to do in Skagway. On a trip here a few years ago, we rode the White Pass and Yukon Route Railroad for a brief adventure up into the mountains. Great scenery and views of the town from above. We recommend it if you’re coming through on a cruise.

Here are some of the images we shot as we ambled our way around town, avoiding the jewelry stores: