Cruise Pricing – What are the Extra Costs of a Cruise? 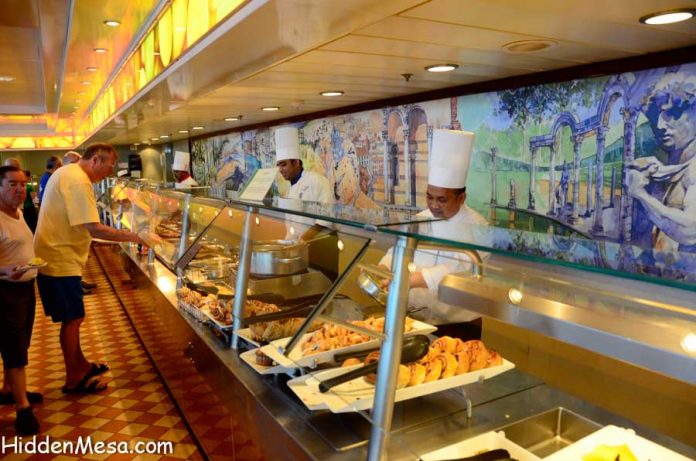 For many people, a cruise is a trip of a lifetime. It’s something folks dream about for years. For a large number of people taking cruises, it’s not something they do on a casual basis. They plan and save until they have enough to make the trip.

For nearly every trip we’ve made, it has truly qualified as a trip of a lifetime and for nearly everyone we’ve talked with about their experiences, it’s been the same thing. So where do all the horror stories come from? Why is the internet chocked full of people complaining that, “once they get you held hostage aboard the ship, they charge for every little thing.” And, “It was the worst experience ever!” As far as we can tell, these ideas come primarily from folks who haven’t planned their trips as well as they could.

We thought it might be good to just go over some of the things you could expect in terms of what’s included, or more specifically, what’s not included in the price of a typical cruise. For the vast majority of cruises, the price you pay includes the cabin, basic food, and most entertainment while on board. What it does not include is alcohol, soft drinks, specialty drinks including fancy coffees and smoothies. Use of the fitness center is included but some fitness classes and spa treatments are at an extra charge.

The dining facilities are mostly included from the cafeteria style buffets to the formal dining rooms but most ships now have specialty restaurants that serve meals that are a notch above even the formal dining rooms for an extra fee. Internet and cell phone usage is also available on most cruise ships, but it’s not cheap. Of course, gambling is not included in the price, and that can end up being expensive, as it usually is in any casino. So how do you cope with all these extra expenses so you’re not “held hostage” by the cruise line? Our answer is pretty simple. We spend a little time thinking about the things we want to do and budget for them when we’re planning the trip. Our salvation is that we usually don’t consume alcohol. Bonnie likes her soft drinks, but she’s learned to switch to iced tea on the cruise and that helps. I’m more of a coffee person and coffee (normal coffee) is available at no extra charge. We’re both Internet junkies though, so we have to budget some money for Internet usage. On this cruise, we’ll be purchasing a 250 minute package for around $100.00 (US) to start off, and hope it makes it most of the way through. Phone calls are pretty much out of the question. They can easily cost $7.00 per minute, but we’ve learned that in many cases, the internet is good enough to use Skype. For brief calls, we’ve used Skype at a cost of around 50 cents per minute for just the Internet time. We also use some of the specialty restaurants while on board the ship.

This ship, the Norwegian Star, has 6 specialty restaurants where you’re charged an additional fee for your meal. These restaurants range from $15.00 per person extra to $30.00 each, and our experience has been that it’s worth it. We make our reservations for these restaurants before we board the ship which really helps in our budgeting. Of course, if you never used a specialty restaurant and ate exclusively at the facilities that are included in the basic price, you would hardly be wanting for something good to eat. We’ll cover more about the food in a later post though. What probably gets most people is the fact that all the services on board the ship are billed against your account. When you check in, they run a credit card and basically open up a tab that takes care of everything you do for the rest of the cruise. No cash is ever involved anywhere except the casino so it’s easy to get blind sided at the end if you aren’t paying attention. In our case, we simply pay attention to what we’re doing and have never felt like we were being held hostage.

Donald Fink and Bonnie Fink
May 6, 2014
Previous articleJourney Across the Atlantic, An Introduction
Next articleFree Style Dining NCL Style

The Parks at Moab

There are literally years of adventures to experience in and around the parks near Moab, Utah. We visited two of them and brought back images that captured our imagination.
Read more

Walt Disney World remains closed for now, but if you were able to visit, a must-see stop would be a performance of...
Read more

Over the past 24 years, the chefs at the Grand Floridian Resort at Walt Disney World have been preparing giant chocolate Easter...